Published by Trojan Technologies on 29 March 2021 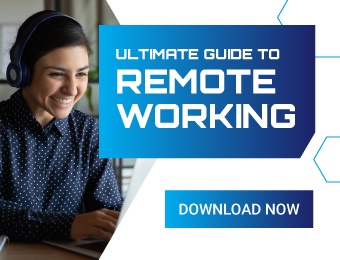 Within this comes the most common tool in the cloud. The cloud, which was developed back in 2007 has become the most popular piece of software used by small businesses and large alike in managing central data points for companies anywhere in the world.

The cloud is a virtual space that you will usually access via browser or an app. The actual location of your files is usually in a data centre somewhere, in a server, on a hard drive or solid-state drive.

Think of it as a self-storage service where you can fill storage for all your accounts instead of boxes. There are dozens of cheap or free cloud storage services. However these are all very different.

That’s why in our list now we are going to go through some of the different options out there and list some pros and cons to these, which will hopefully guide you in deciding which cloud based solution is best for you and your business.

OneDrive will be a good fit for anyone who is committed to Microsoft's integration with Outlook.com which ties in nicely with your emails.

OneDrive also co-operates brilliantly with Windows 10 and there is a selection of mobile apps to allow you to work on the move.

Another great tool is the ability to share files with other people even if they aren't using OneDrive with another handy perk being the ability to work offline on documents.

If you have Microsoft 365 you’ll get a large amount of storage straight away however little in the way of extra features is offered – with most of the being reserved to Pro users.

If you’re an android user then Google Drive is your natural choice as it’s already integrated into your device.

Google Drive for one lets you store unlimited high-def images on your phone and its ability to integrate other apps means it’s a very useful all in one tool. Googles main positive is that they’re always evolving, and quick to rollout new programs and ideas.

They also offer a high level of storage straight away and the ability for the main user to add 5 people to their account. Although the web interface isn’t the best on Google Drive its powerful AI and search tool integrated within it really bulk up the offering.

As part of their global takeover it’s not surprise to see Amazon now dipping their toes into the water. Amazon Prime, part of Amazon Web Services (AWS), is an object storage service and it's a great service. But it’s just not working well for individual use.

Despite its flaws Amazon Drive is improving. It now allows sync services for Android and OS, although the interface is still lacking. On a positive note though, the ability to send and receive files is much more lucid that it’s rivals.

For storage, if you have a prime account you get a certain level of free storage included however anything of a high level will set you back.

This software offers continuous syncing of your files, even those on network drives. On its web interface it supports the sending of emails and also social platforms like Facebook and Twitter.

If you’re a concerned user about your data then you’ll be happy to know that if you delete files on your computer they aren’t auto deleted from the server, so there's less danger of removing something important by accident.

As much as 30 versions of files can be retained. Another thing to note is that IT have access to an independent application allowing them to backup and restore, manage settings, and more for all their connected computers via a centralised dashboard.

iDrive Business exists as a higher level of priority support, single sign-on as well as unlimited users and server backup.


As you can see from the list above, there’s no real one size fits all when it comes to selecting a cloud based service. It all depends on your preferences as an SME and what you think you can manage as functional whilst also considering the price.

The best thing to do is to do more research about what you can work with, whilst also reaching out to providers and potentially looking at testing each model. One thing to be wary of however is the lure of free Gbs.

Basically just because someone is offering you a high level of space doesn’t necessarily mean its your best option going forward. That’s why it’s important to consider all benefits and if the service you are being offered is worth it to your SME.

On Premises vs Cloud: The Differences & What Is Best For Your Business

Deciding between on premise and cloud environment is a complex process, as there are many factors...
Read More

8 Reasons to Move to the Cloud | Cloud Services Donegal | Derry

With technology you’re always going to get a lot of jargon and terms that may be confusing and...
Read More

Cloud Migration 101: Everything you need to know | Trojan Technologies